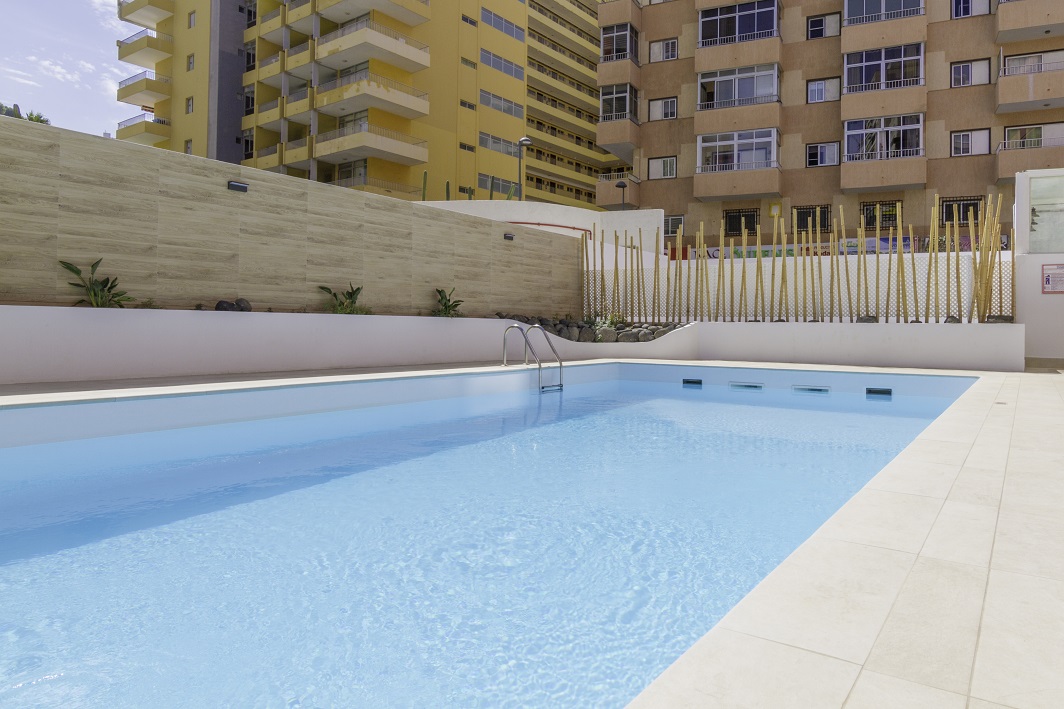 by CHECKIN
14-01-2019 tags: NOTICIAS / NEWS 0 Comments
• As of February 1, 2015 and on a rental basis, Checkin Hoteles increases its offer in the Canary Islands with two hotels.

As of February 1, 2015 and on a rental basis, Checkin hotels increases its offer in the Canary Islands with two Solvasa hotels, Checkin Concordia Playa in Puerto de la Cruz and Checkin Bungalows Atlántida in Arona.

The 4-star Checkin Concordia Playa de Puerto de la Cruz has 236 rooms renovated and spread over 10 floors overlooking the mountains or the Atlantic Ocean. It also has a buffet restaurant for breakfast, lunch and dinner and a cafeteria located next to the outdoor pool with sun terrace.

The Checkin Bungalows Atlántida hotel has facilities that adapt perfectly to families and couples or groups of friends who wish to enjoy a holiday under the pleasant temperatures of the Los Cristianos area in Tenerife.

Checkin Hoteles began its journey in January 2013 under commercial management and commercialization of the establishments for, “thanks to the magnificent results”, according to Bustero, “to advance in this relationship with the ownership of the hotels until a total management of the same by means of rental contract ”. The chain as such was founded on July 1, 2013 , with Santiago Bustero as manager and Iñaki Bustero in front.