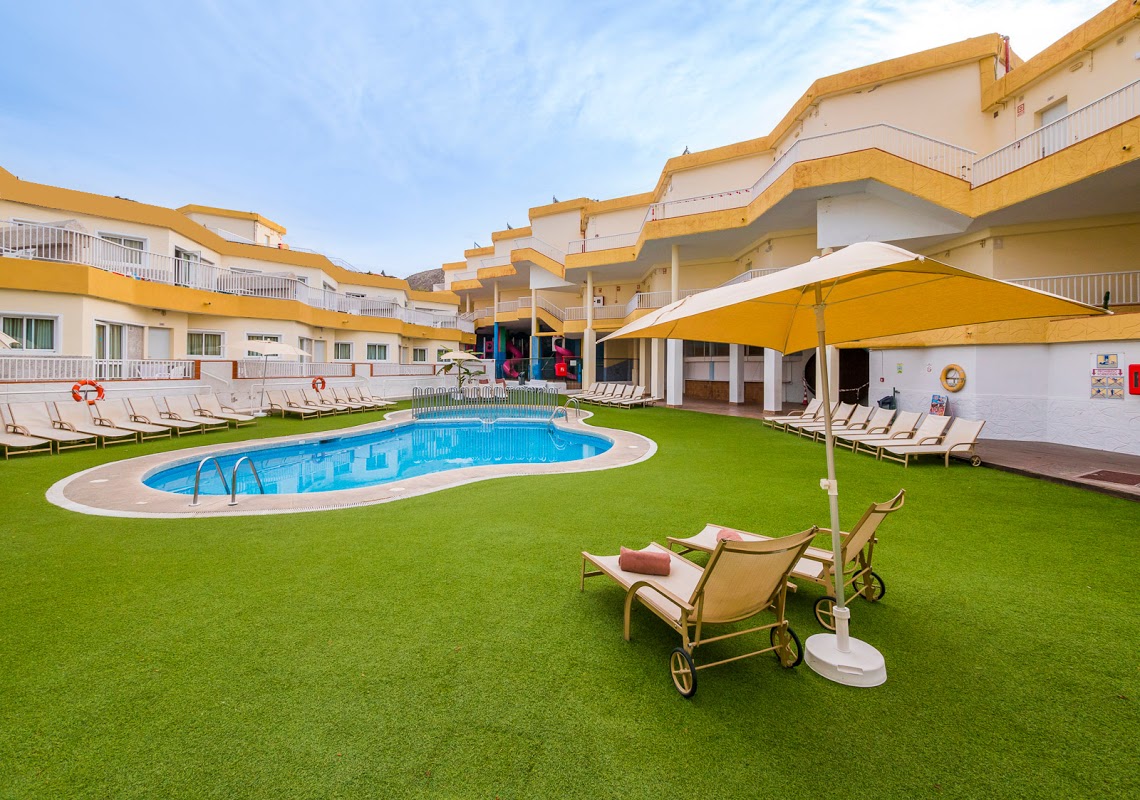 by CHECKIN
05-03-2018 tags: SORTEO / RAFFLE 0 Comments
The Checkin Bungalows Atlántida hotel organizes two draws in its official Facebook and Twitter accounts. Among all participants, two winners will be chosen, who will be rewarded with a free night at the hotel for 2 people on a bed and breakfast basis.

The two contests will be valid between the 6th and 13th of March. Participants must register their contact information and follow the steps detailed in the rules of each contest to qualify for the prize. The main objective of the two competitions organized in the social networks of Checkin Bungalows Atlántida is to increase the database of the hotel chain Checkin Hotels among its potential users, residents in this case in the Canary Islands and Andalusia, encourage engagement and increase the interaction on their Facebook and Twitter channels.

The contest will be open to the public for a week and the winner will be published on March 14 on the social networks where the contest is issued. Once the resolution has been published, the two winners have one year to redeem their prize, as long as the date is within the period from 03/14/18 to 03/14/19, with the exception of Easter, July and August and under hotel availability.

The Bungalows Atlántida hotel, located in Arona (Tenerife) is a 3 star hotel with fully equipped apartments and fantastic facilities: 3 swimming pools, gym, mini golf, tennis court, beach soccer and basketball. Ideal for families, couples or friends, this hotel on the southwest coast of Tenerife is located just 10 minutes from Los Cristianos beach and is very close to the commercial area of ​​Arona, as well as numerous gastronomy restaurants. Canary Islands and public transport.